Idar-Oberstein has a reputation to uphold. In the Middle Ages amethyst and agate were found here, raw materials that would become the basis of a lucrative mining industry. Add to this the Nahe River and you have a cheap and permanent source of energy supplying the hydropower necessary to make Idar-Oberstein into a great gem-processing industry. In the 18th century the mine was exhausted. Half a century later Germany emigrants on the other side of the globe came to the rescue when large quantities of amethyst and agate were found in Brazil and shipped to Idar-Oberstein.

The traditional way in which gemstones are worked and processed puts them in the category of classical jewellery. The methods used by the students of the Idar-Oberstein campus may therefore safely be called revolutionary. For example, gems are literally pulverized and then built up again in order to give them a different form and content. Perhaps breaking radically with the past is the only way to give faded glory a new lustre. This renaissance of (gem)stones in contemporary jewellery design may, to a large extent, be attributed to the university in Idar-Oberstein. The team around Ute Eitzenhöfer and Theo Smeets has steadily been working on building up an innovative campus of international importance. 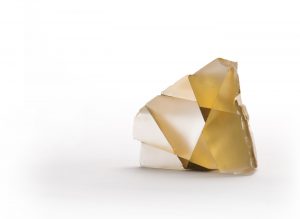 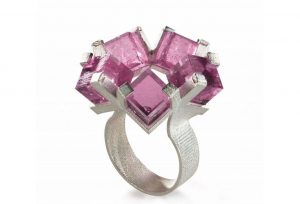