Art in a box

Volker Kühn was born in a small town called Neuenkirchen in 1948, but predominantly grew up in Lilienthal, near Bremen. Eventually his studies brought him to Bremen in 1968 and he majored successfully in sculpting after four years, attending the Bremer University of Artistic Design. He was honoured with the young-advancement award, given by the Bremen Senate. He continued his path of success and placed first, in a contest, created by the Bremer College of nautical science in 1976. That same year he created his first etchings, which vastly conquered exhibitions all over the world. After seeing the world during his exhibition tour, he decided, it was time for something new.

Since 1986 Volker Kühn combines his inexhaustible creativity and his motto “Just do it” into art objects: Snapshots on little stages, that put a smile on the viewers faces. These three-dimensional masterpieces display, perhaps with a little smirk, the scenes of life that we encounter from time to time. Volker Kühns picture language is universally comprehensible, which is one of many reasons why his art is placed in established Galleries, around the globe.

All pieces behind glass and framed in exhibition frames. All prices without shipping costs. Which means there could be some scratches on the frames, they come with big discounts. You can always reframe them. 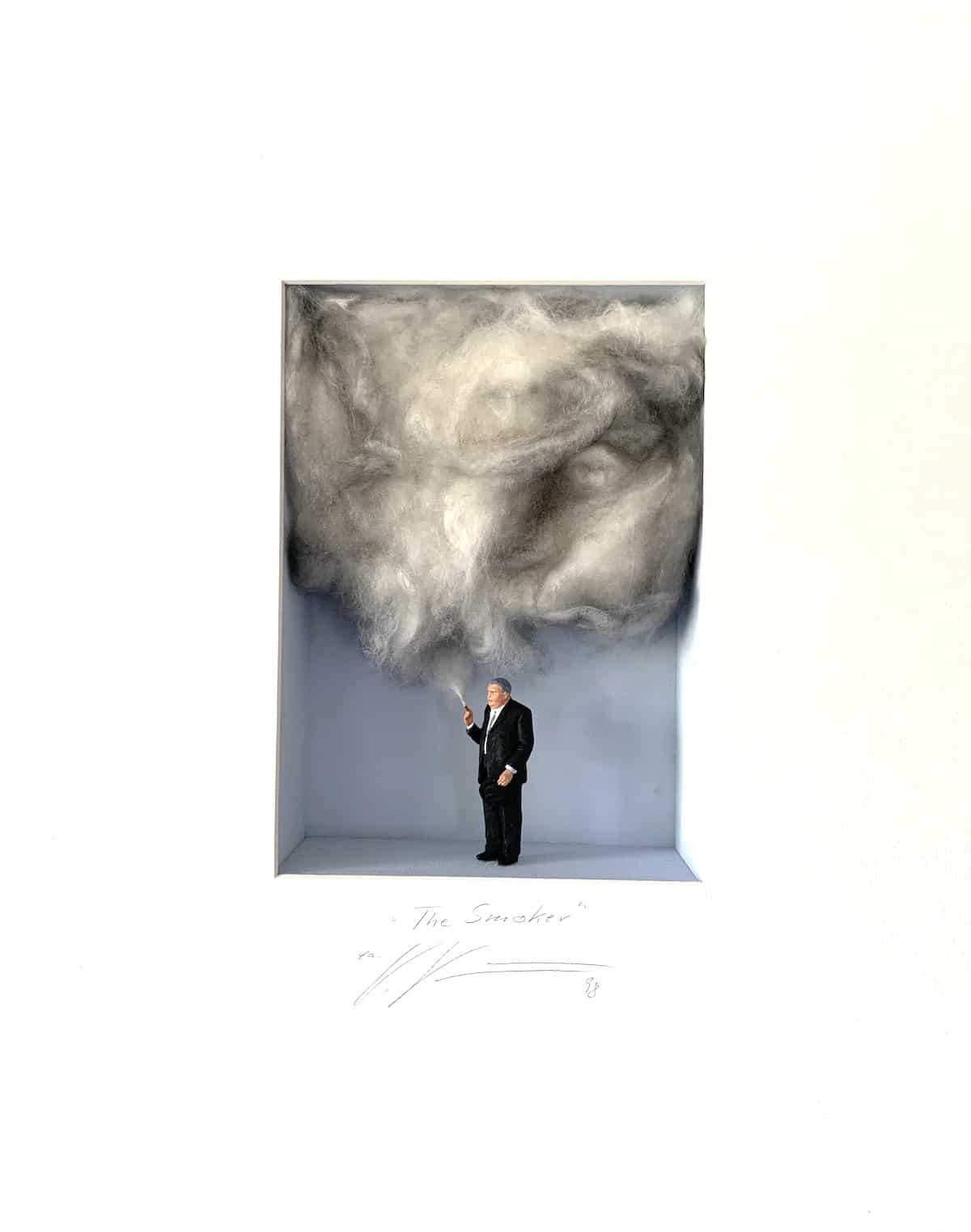 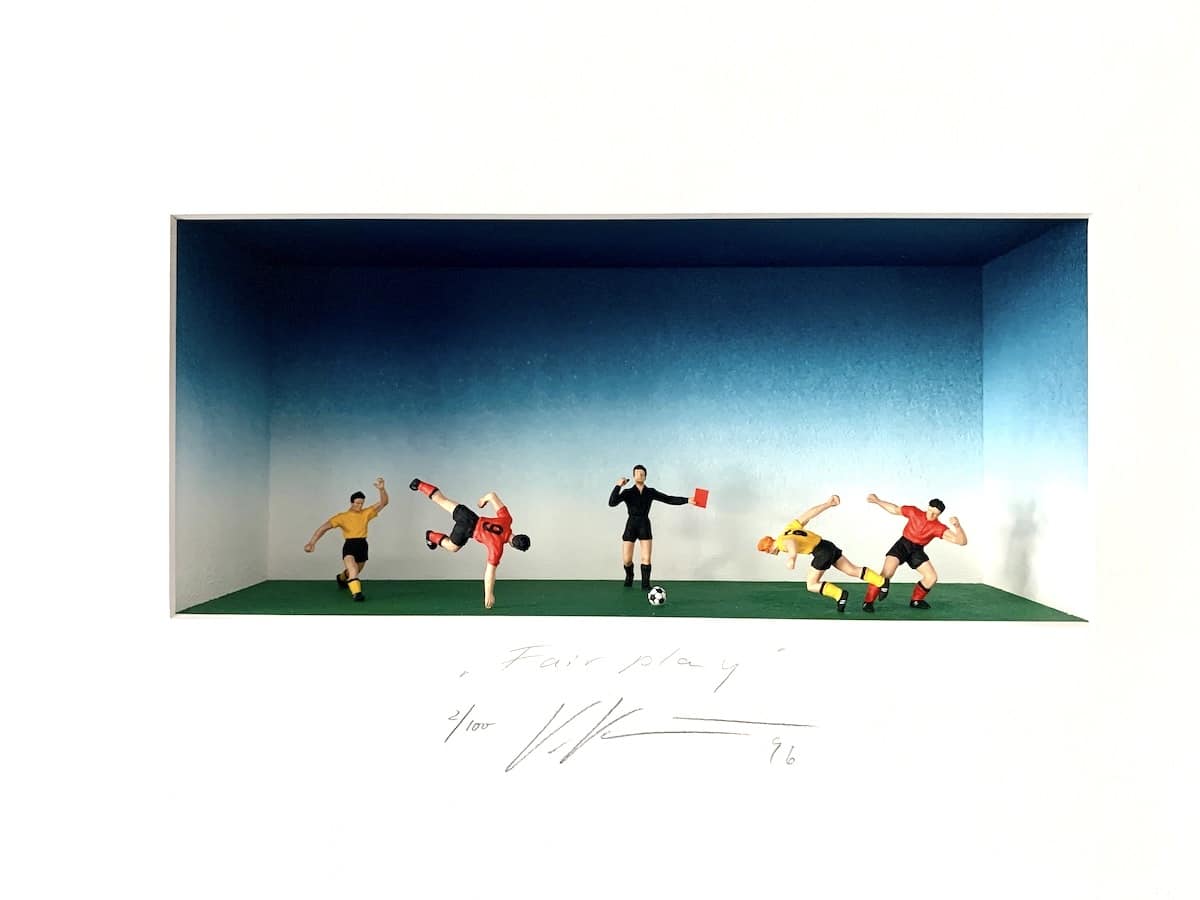 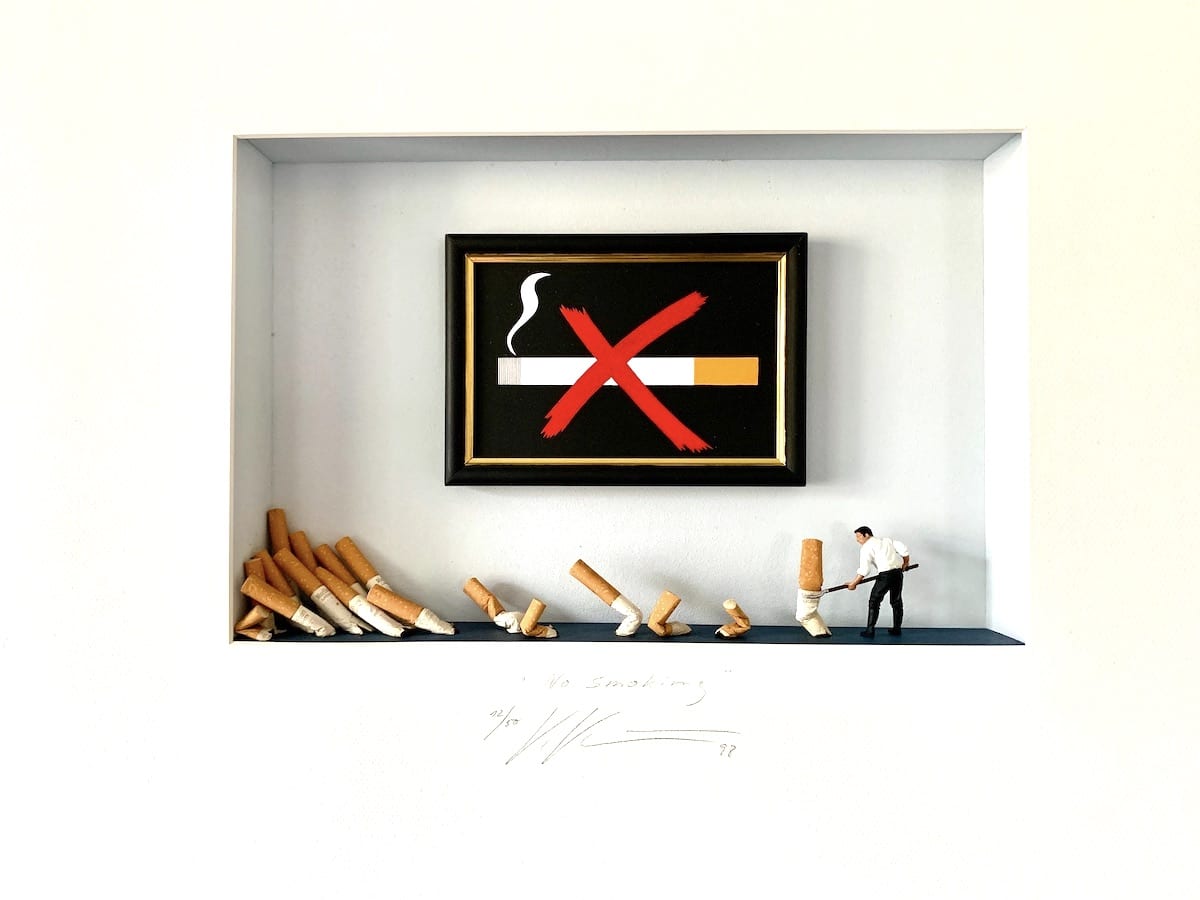 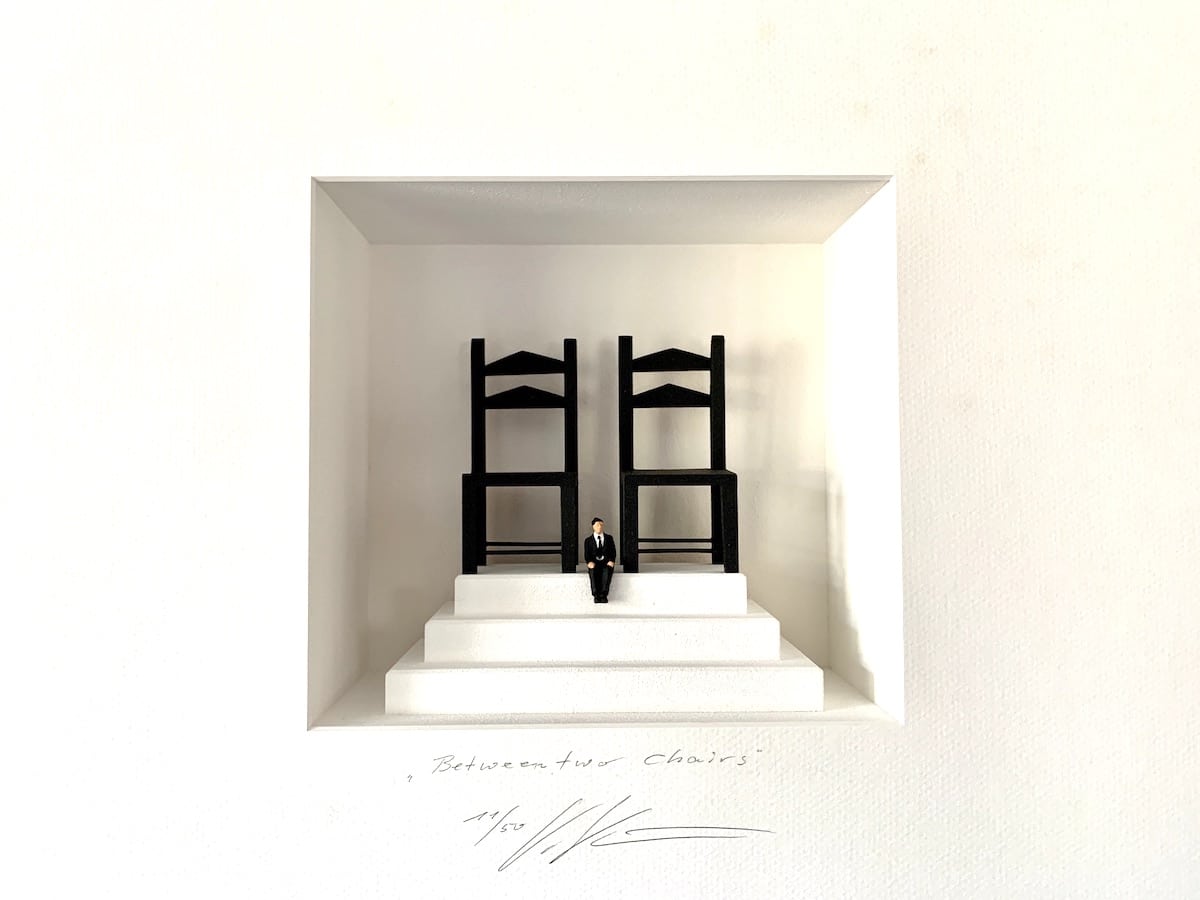 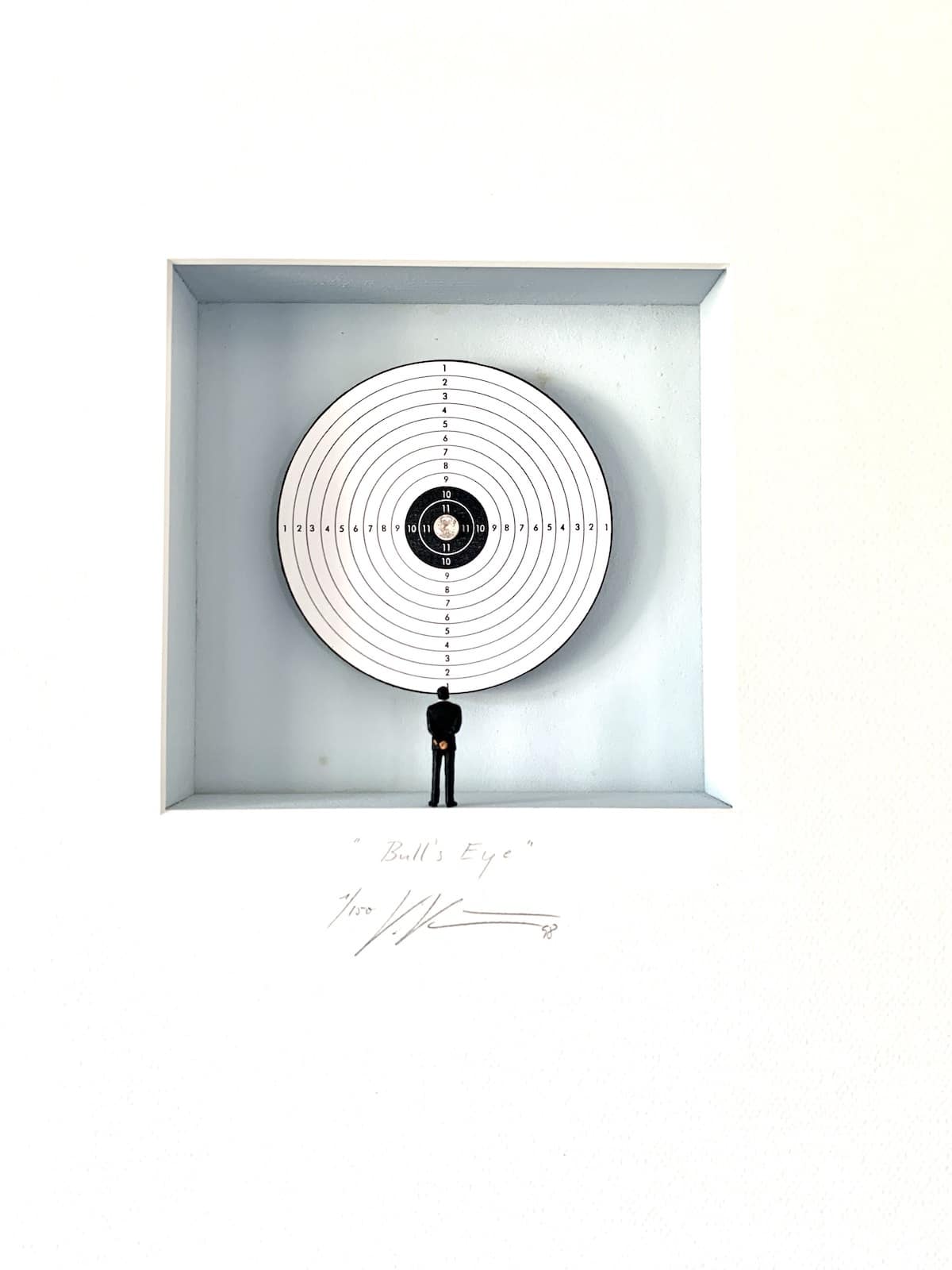 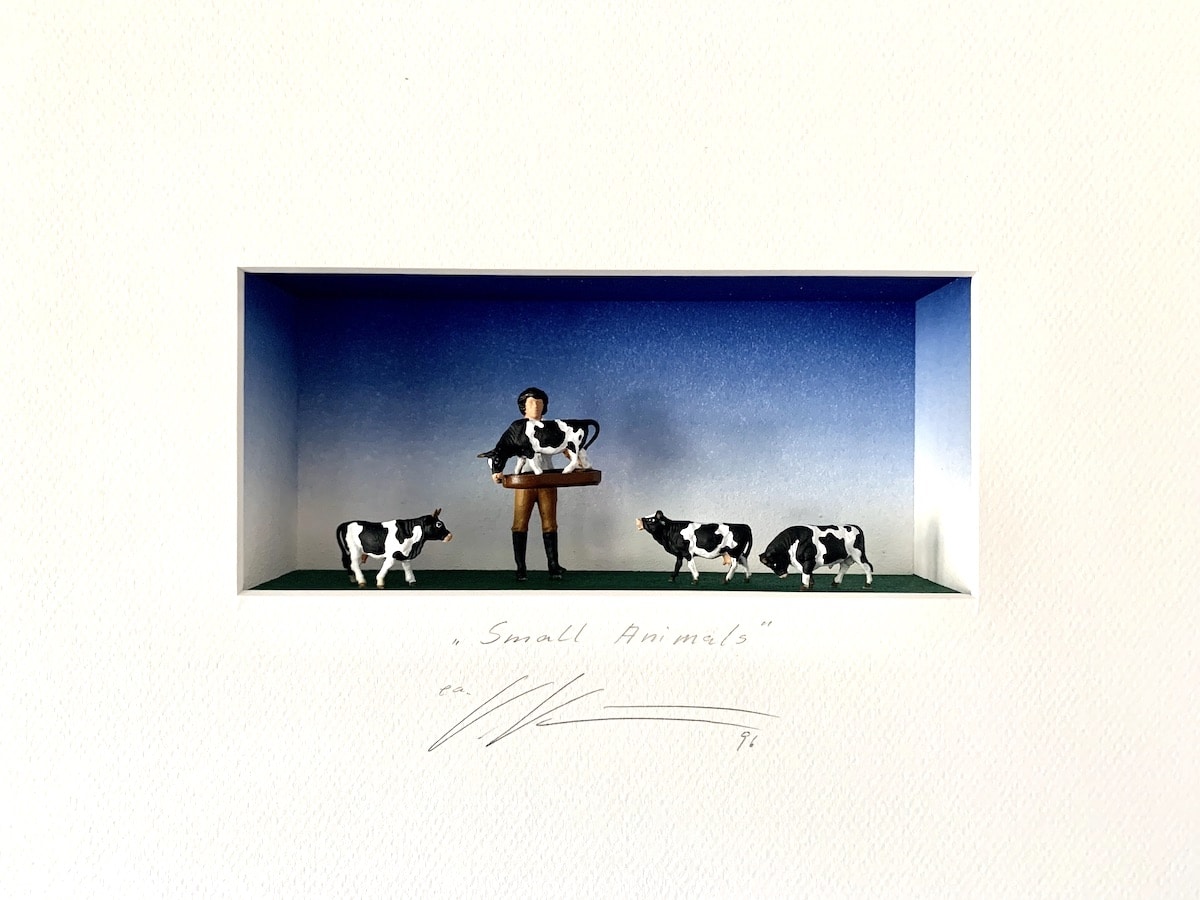 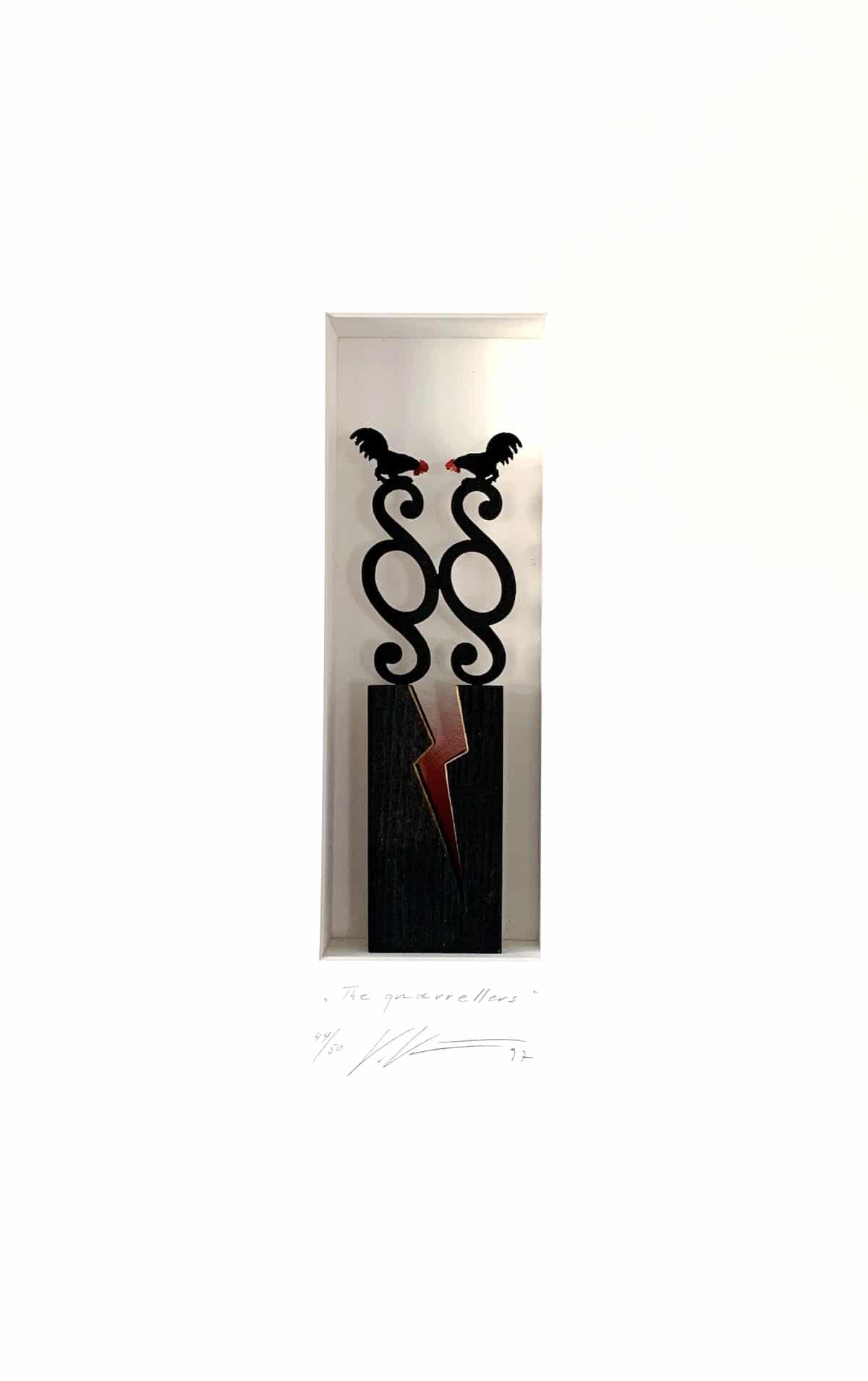 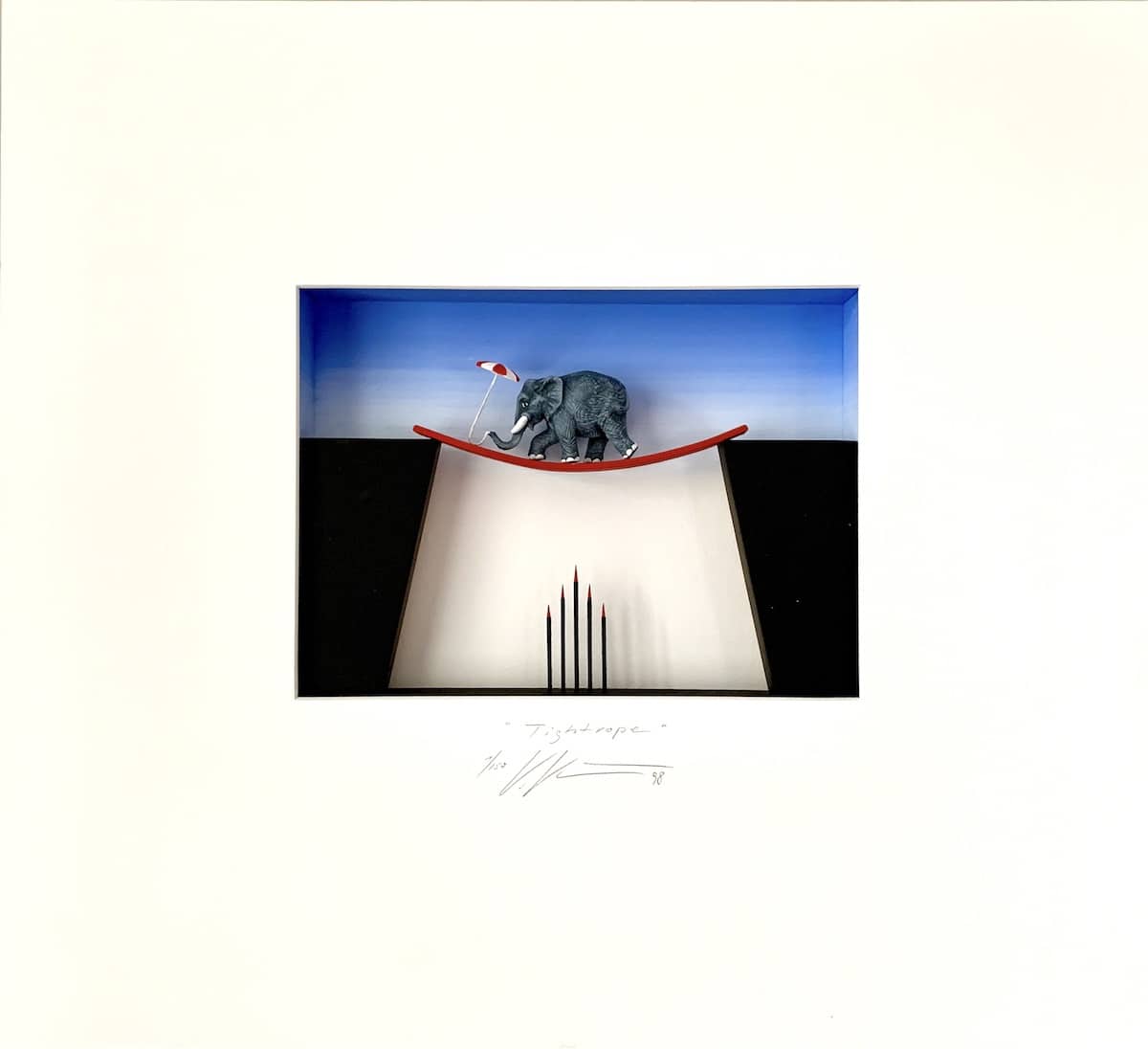 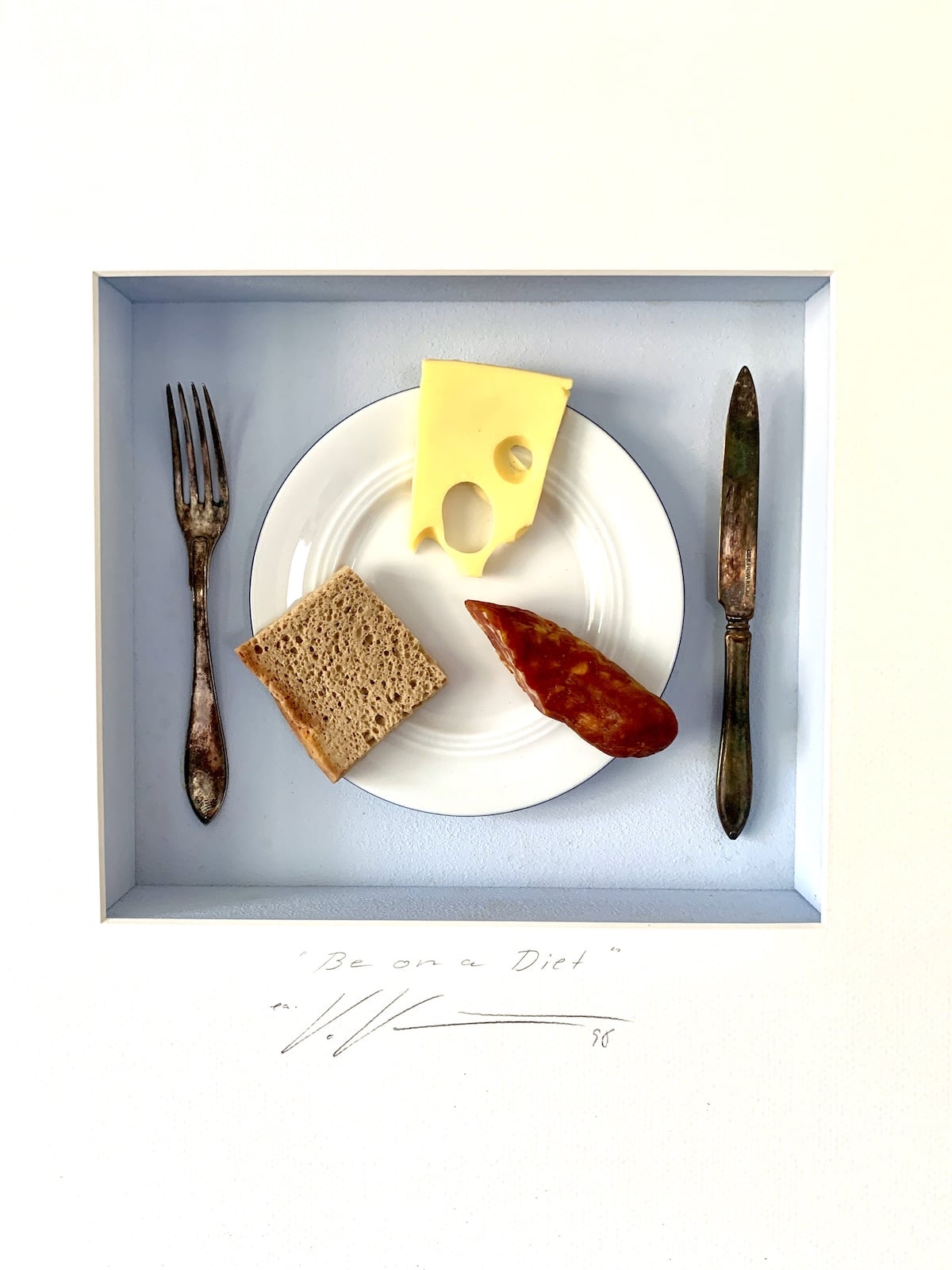