It’s not really such an odd step: from body adornment to decorating public spaces. Chains and tapes are already used for diverse types of barricades, so it is logical that jewellery designers should turn these into something better and more attractive. It has become the trademark of the Belgian artist Liesbeth Bussche, ranging from king-size earrings as parking barriers to a charm necklace as a fence.

The Swiss industrial designer Damien Regamey follows a similar track. He designed a chain barricade for the Mudac museum of Contemporary Art in Lausanne. Together with the Saatchi&Saatchi advertising agency in Geneva this idea was subsequently developed further into a guerilla-marketing campaign for the brand Accessorize. It got Regamey an Epica Award, say an Oscar, for the most innovative and creative marketing and communication.

Regamey went one step further. He noticed that sports halls had a rather cold and bleak atmosphere. He replaced all the baskets, goals, table tennis nets and the like by a lace-motif netting. Those anonymous and uniform sports halls immediately received a boost and got a better atmosphere. It brought Regamey and his partner Silvia Knüppel the Volvo Sports Design Award.

Our conclusion and recommendation: can anyone produce these kingsize chains per meter and in different versions? Simply available per meter at the hardware store or Ikea. Bound to be a hit in a country full of fences, barricades and railings… 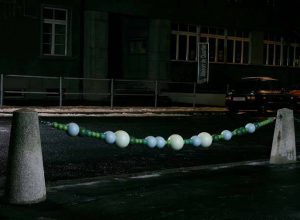 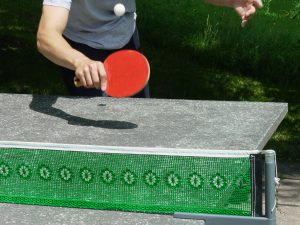 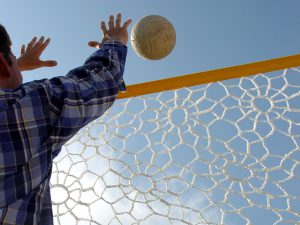 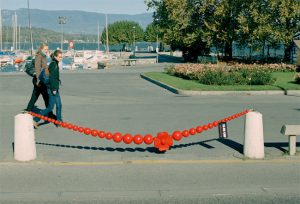 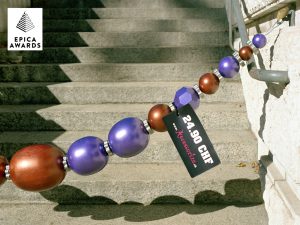